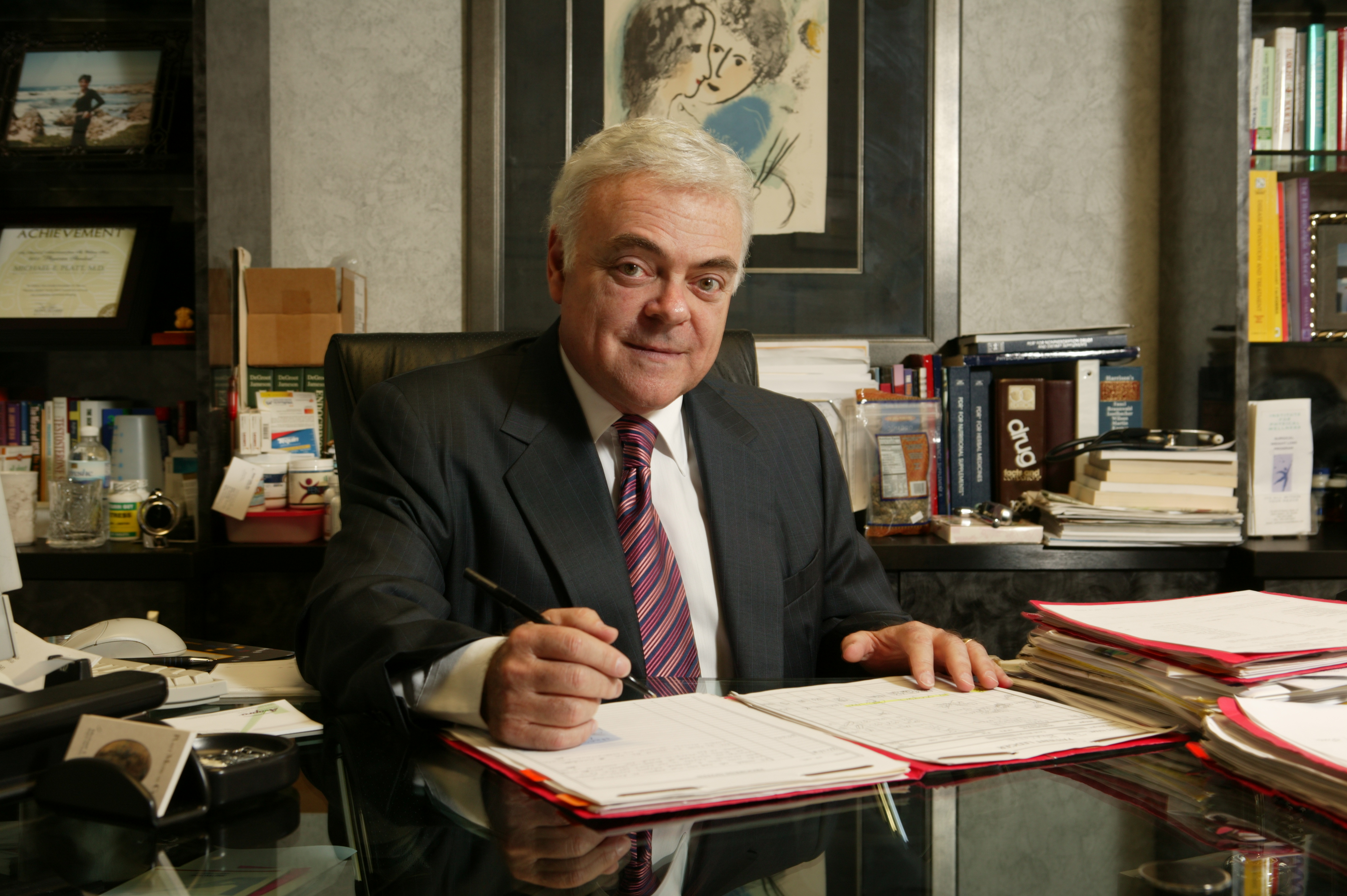 Stress & Increased Adrenaline CAN be treated successfully with hormones

In this episode, Barbara and Michael discuss:

“It’s fairly pervasive, this idea about excess adrenaline, and nobody ever seems to talk about it.” —  Dr. Michael Platt

Barbara:           Welcome to the newest episode of Marketing Tips for Doctors. This is your host, Dr. Barbara Hales. Today, we have with us Dr. Michael Platt.

Dr. Platt has been board certified in internal medicine. He is a wellness physician and is known internationally as an expert in bioidentical hormones. His two books have received 11 literary awards. His first book, The Miracle of Bioidentical Hormones, was the #1 hormone book in Germany for 10 years and his book, Adrenaline Dominance, is the only book ever written that explores the clinical consequences of excess adrenaline. Welcome to the show today.

Barbara:           Well, we certainly are all walking around with excess adrenaline as we’re all really stressed out about Covid-19. What do doctors need to know with regard to the coronavirus and adrenaline?

Michael:          Well, anytime when people are in distress or they’re feeling anxiety both of these things are cause by excess adrenaline. When the body releases excess adrenaline and creates stress the body responds to this by actually putting out another hormone called cortisol. Cortisol is known to cause weight problems and osteoporosis, but the other thing is, is that cortisol also is very damaging to the immune system which makes it sort of important to try and control adrenaline especially in this day and age with regard to the virus.

Barbara:           What are some of the conditions that patients might have indicating that they’re suffering from excess adrenaline?

Michael:          Well and I should tell you that doctors in general have increased adrenaline but in any event people who have excess adrenaline these are the ones that have trouble sleeping. Some people toss and turn, some people grind their teeth at night, TMJ; other people they have what’s called restless leg syndrome, people get up at night to urinate. These are all symptoms of excess adrenaline. But, excess adrenaline is also the underlying cause of things like ADHD. ADHD is all about adrenaline.

Fibromyalgia is also caused by excess adrenaline and there are 10 million people in this country with fibromyalgia. Other conditions related to adrenaline…chronic interstitial cystitis. You know it’s a known cause of anxiety. People who have irritable bowel syndrome because adrenaline is a survival hormone, cuts off blood supply to the intestines and causes IBS.

Barbara:           That is interesting. I have never heard of it in relationship to colic in babies. That’s a new one for me.

Michael:          Ok. You know these are the babies that do a lot of kicking in the womb before they’re born. That is adrenaline also. You may have heard of woman who vomit during their entire pregnancy, hyperemesis gravidarum. That is also caused by excess adrenaline. So, it’s fairly pervasive, this idea of excess adrenaline and nobody ever seems to talk about it.

Barbara:           What can doctors do for themselves and their patients to reduce adrenaline?

Michael:          One of the tellings that doctors realize is that doctors are not basically trained to treat the cause of illness but because a lot of what we learn is taught to us by drug companies. But anyway, but when it comes to adrenaline what makes it relatively simple…there’s only 2 reasons why the body releases excess adrenaline. One is if you’re in danger. They call it the flight or fight hormone.

We don’t live in a war zone right now so the only other reason the body puts out adrenaline is any time the body detects that the brain is running out of fuel most people do not realize that the brain uses more sugar than any other part of the body for weight. Any time you take sugar away from the brain, you know hypoglycemia people get sleepy. And this could happen at three or four in the afternoon when insulin peaks and a lot of people get sleepy when they’re driving which is also a low sugar. But any time the body detects a drop in sugar from the brain it just simply puts out adrenaline.

Doctors probably remember the gluconeogenesis which is where the body can put protein into glucose. So, if you understand that the body is putting out adrenaline to provide fuel to the brain then it’s simply a matter of providing the fuel to the brain so the body doesn’t have to use adrenaline. The only other thing that is required to control adrenaline is a 5% progesterone rate. The reason I say 5% which is 50mg per pump is that that is the exact strength you need to block adrenaline and then the two fuels that the brain uses; one is glucose and the best source of glucose for the brain comes from vegetables.

It certainly is not the only source but why it’s a good source is that vegetables don’t produce a lot of insulin. They are low glycemic. When you give high glycemic foods like candy and soda even though they’re high in glucose but they also steal out a lot of insulin which lowers the sugar levels and defeats the purpose. So, vegetables are probably the best source of glucose for the brain.

Ketones which is the other fuel that the brain needs can be derived from either coconut oil or MCT oil. Also keep in mind that the brain uses a fuel in about three hours so these are the kind of fuels that have to be provided throughout the day and especially if people have a problem with sleeping. To eat something right before they go to sleep like some leftover vegetables or something with MCT oil. It only takes 24 hours to get a significant drop in adrenaline levels.

Michael:          What’s interesting is that most doctors think that progesterone is a women’s hormone and they don’t realize that men and women have the identical hormones, different levels but exactly the same hormones. Men stop making progesterone right around the age of 50 and you’re probably aware that is when men start putting on weight around the middle and that is when they start getting prostate cancer because they no longer have progesterone to protect them from estrogen. Men and women same thing and it is an extremely safe hormone to use. We use it in babies.

Michael:          Well actually the hyperplasia is mostly caused by estrogen and progesterone would prevent that. There is only one down side to using progesterone cream. In certain individuals, it can actually increase adrenaline levels.

Barbara:           Well that is interesting. Does it change the taste of coffee?

Michael:          Actually, MCT oil has no taste to it. Its derived from coconut oil. You could also put coconut oil into coffee. Coconut oil is great for cooking. It’s a great cooking oil. Like an ideal breakfast for people who have a slot of adrenaline would be something like scrambled eggs cooked in coconut oil and put on a bed of spinach. That is like the ideal breakfast. Sweet potatoes which are the only potato that’s allowed when you have problems with increased adrenaline. Sweet potatoes that are sliced up and fried in coconut oil is a great side dish. That is also something people can eat before going to sleep. If people are interested in any of this my book, Adrenaline Dominance, they can get it on Amazon or my website. It goes into a lot of this information.

Barbara:           Well, I’m sure that a lot of what you told us today will be news to most people. I don’t think that a lot of people have really been schooled in the relationship between progesterone and adrenaline before. So, for all of those people who would like to learn more about it, please get Adrenaline Dominance by Dr. Platt. You can get it at Amazon.com or on the website PlattWellness.com. Thank you so much for sharing the time today and being on the program.

Barbara:           This has been an episode of Marketing Tips for Doctors with your host Dr. Barbara Hales. Until next time…