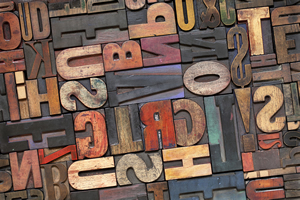 According to a recent article in Bloomberg, designers think professionals relate better to certain fonts in communications (and here you thought it simply was your content!)

Two fonts they suggest you avoid:

According to the Business Insider:

While arial and helvetica are default fonts in many popular email clients, including Gmail and Apple Mail, most  designers change the settings.

Meanwhile, one designer that spoke to Bloomberg advocates that organizations change their default font settings in order to make it easier for employees to read email.

How to Lose Your Viewers

“It’s possible to blow away three-quarters of our readers simply by choosing the wrong type. If you rely on words to sell, that should concern you deeply.”

That’s 75!!!!  This represents most of your business and prospective patients.

It is strongly advised that your print content and website lettering be in serif font type because its is easier to read and is easier on the eyes.  Most books, newspapers, and magazines use this type. Serif fonts have little feet and embellishments on the tip and base of each letter, making them more distinct and recognizable. Examples of these fonts are Bookman, Courier, Garamond, Georgia, Palatino, and Times New Roman.

The following study is valuable information when considering your print. In his book Cashvertising, Drew Eric Whitman cites a 1986 study of fonts (out of a total of 1,010,000 people surveyed) that found when printed on paper that:

This concludes that serif fonts are easier to read when reading print it on paper, so these fonts are deal for brochures or sales letters.

What works in print is not the same as on a computer monitor screen.

While screen resolution has increased through the years (resolutions of 1024 x 768 pixels or greater have become the norm),  sans-serif fonts are still easier to read, so  as online, the best font to go with is sans serif.

A 2002 study by the Software Usability and Research Laboratory concluded that:

Dr. Ralph F. Wilson, an e-commerce consultant, did a series of tests in 2001. He also came to the conclusion that the sans-serif fonts are more suited to the computer screen.

Some of the highlights of the test results were that at 12 points, respondents showed a preference for Arial over Verdana – 53% to 43% (with 4% not being able to distinguish between the two).

In conclusion, for the best font readability, use Arial 12 point or Verdana at 10 points and 9 points for body text. For headlines, he suggests using larger bold Verdana.

The next time you have an email campaign, sans serif is the way to go for more easily read print.  If planning to send your copy by regular mail, convert to a serif font at least for the body text.  It could mean the difference between reading and convincing your audience or getting discarded- a result you don’t want!

If you have learned something today, please click on the social media icons and share with your colleagues and friends.
The Medical Strategist2018-06-01T15:46:57+00:00